My lasted clay experience was with Hadar’s Smart Bronze.  Being the “step skipper” that I am, I chose to mix the entire vial at one time, which was 50 grams. However, I can go through 50 grams of clay pretty fast especially when testing.  First of all, I made a mistake with the water and my clay was a little wet, more like homemade peanut butter. Other than amt of water, I followed the directions for mixing and resting.  Of course with the excess water, I needed to add more powdered clay which I didn’t have because I used it all.  Lesson learned there.

I made my first piece which was pretty thick, 1/4″ or so and about the size of a belt buckle.  It was nicely textured on both sides and had an embeddable bronze  prong setting in it.  I wasn’t  ready to try firing stones until I had at least done a couple of pieces.  Anyway, it looked nice, gray hands aside!  Although I do like the clay in the dried form, the wet was not so easy to work with but that was probably my fault.  Moving on… I let this air dry for what started out as 3 days but due life and it’s other demands, ended up being 2 full weeks.  Felt  nice and firm, very easy to work with at this stage.

I then made a couple of test strips and three small pendants in a mold.  The clay still a bit wet but easier to manipulate after resting for 2 weeks, wrapped in plastic and in a sealed jar.  These pieces dried for two days.

I test fired the test strip and it was very pitted, but a lovely texture, I tend to prefer organic, natural looks.   (Pictured below).  Firing schedule was as prescribed ramp 1400, hold at 1470 for 2 hours, covered in charcoal in ss vat, no lid in SC2 kiln.  I was happy!  I was ready to fire the other pieces but  a bit concerned because the oval pendant was a lot thicker than the other three pieces. I decided to take a chance.   So now for the main show and firing my big thick piece along with the smaller round pendants…

Ramp 1400, hold 1470 for 2 hours…the large thick pendant disintegrated, the smaller  fired fine except I lost some detail on two.  I can’t figure out why the larger piece evaporated, so to say, and the smaller pieces were fine.  The clay had to be evenly mixed, because I did it all at once, one big blob of clay. Two variables were the drying time and the embeddable prong.  Maybe, forming the piece with wetter clay could be a factor as the clay rested for a couple of weeks before being used to for the three smaller pieces. 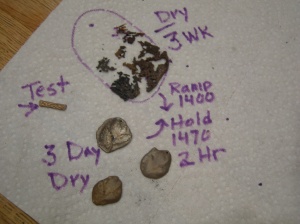 Finally, my official website is up and runnIng, although I have lots to photograph and publish….will get there!  Click on the bracelet and check it out! 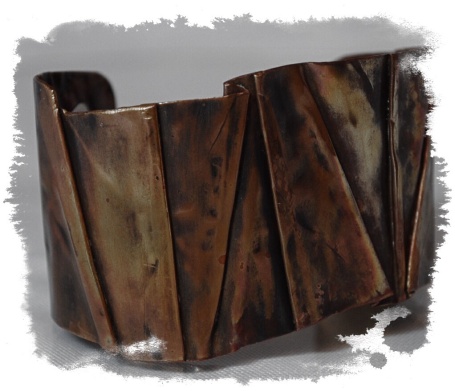 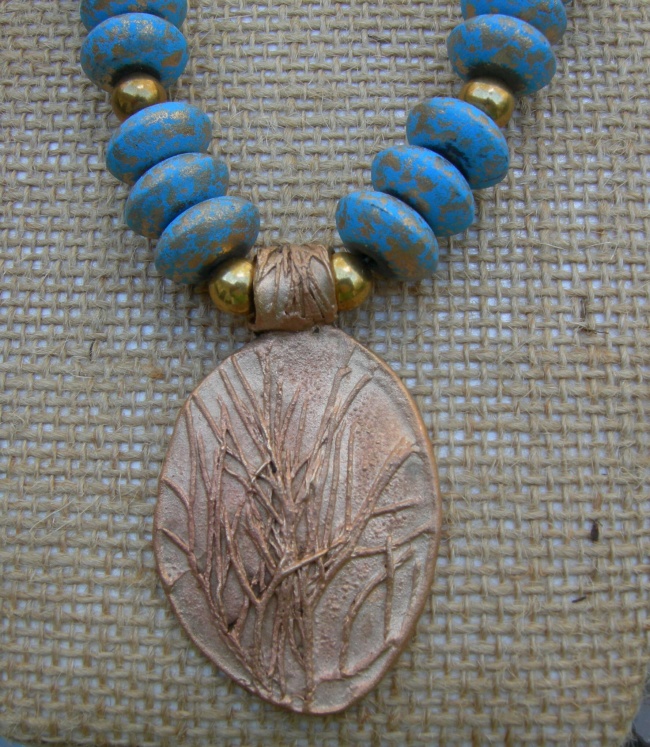 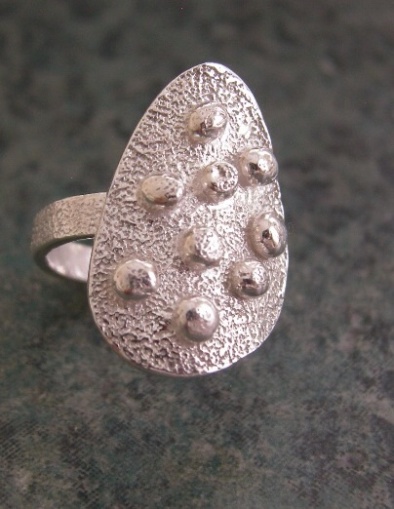